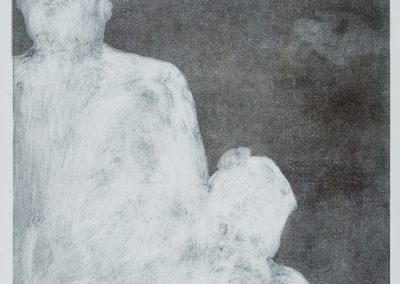 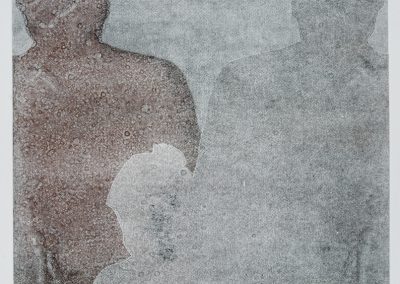 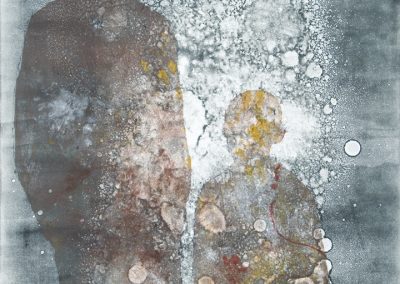 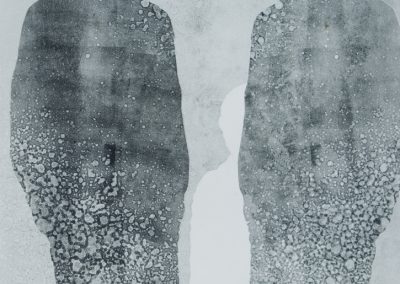 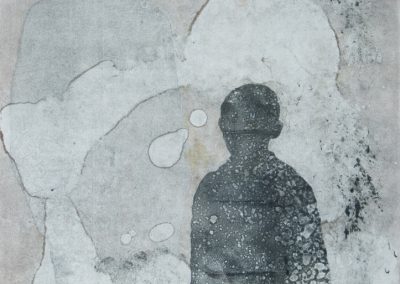 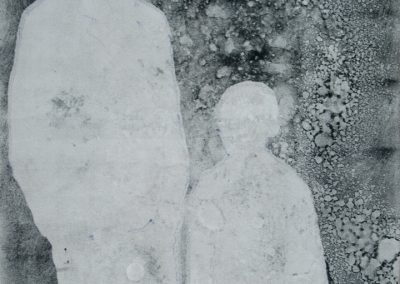 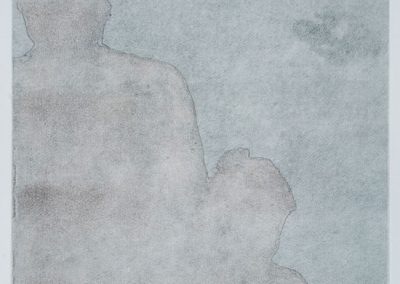 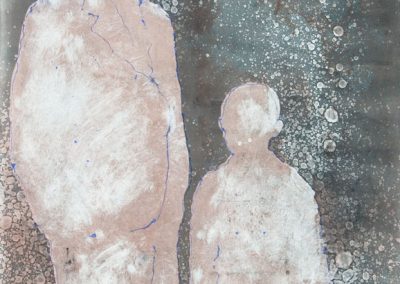 This series was commissioned for the opera Lost Childhood, a two-act, full length opera composed by Janice Hamer, a Philadelphia composer, with a libretto by Baltimore poet Mary Azrael. Lost Childhood is based on the memoir by Yehuda Nir and his conversations with Gottfried Wagner.

The source material for this series came from a portion of a family photograph of the artist’s aunt Antonia, her husband Marton and their son Fredy.  Antonia Mörsel Friedmann was born in Wieliczka, Poland in 1904.  Marton and Fredy’s dates and place of birth are unknown.  The family lived in Huszt, Czechoslovakia.  The last correspondence from the artist’s aunt was dated September 15, 1943.  Based on another aunt’s account, Antonia, Marton and Fredy were sent to Auschwitz where they were murdered.